Dec 14-The 2019 OCAA and OUA seasons had a sprinkle of the Leaside Leafs at both the playing and coaching level.  Leaside's ace Jeremiah Sucre had another strong season with the Ryerson Rams while his often battery mate Edwin Kim hit .347 for the much improved Seneca Sting in 2019. On the coaching side Henry Yap was the interm manager of the University of Toronto Blues while current Leafs manager Matthew Nailer headed up the Seneca Sting for a second year. Josh Howsam and Mike Loizides were assistants for the Sting in 2019. 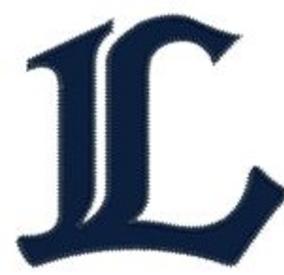 The Leaside Leafs are sponsored by the

Jul 12- The Leafs were cruising until the 8th inning against Kendal last night. Starter Jeremiah Sucre (insert) had struck out 11 and scattered 5 hits up to that point but unfortunately for the Leafs he just ran out of gas. Reliever Kenneth Pittman was unable to put a lid on the inning and when the dust settled Kendal had platted 11 runners. The Leafs offence was able to muster seven against the Eagles as Jeremy Hopkins and Averey Bet-Payumo each had multi hit nights with the Leafs slugger, ABP legging out a rare triple. Leafs host the league leaders Newmarket Hawks Sunday at Talbot park. First pitch 7:30 pm

Dec 14 - Three Leaside Leafs were named to GTBL All Star teams in 2019. Nick Manoukarakis was named to the GTBL first team after hitting .395 while finishing third in the GTBL in hits 34 and second in runs 32. The Leafs lead off hitter also plays stellar defence and was awarded a GTBL gold glove in 2019. Jeremy Hopkins and Averey Bet-Payumo were the other two Leafs All stars named to the GTBL second team. AVP hit an impressive .474 in 2019 (4th best all time in GTBL) while Jeremy Hopkins drove in 18 and hit .298

Become a fan of
Leafs